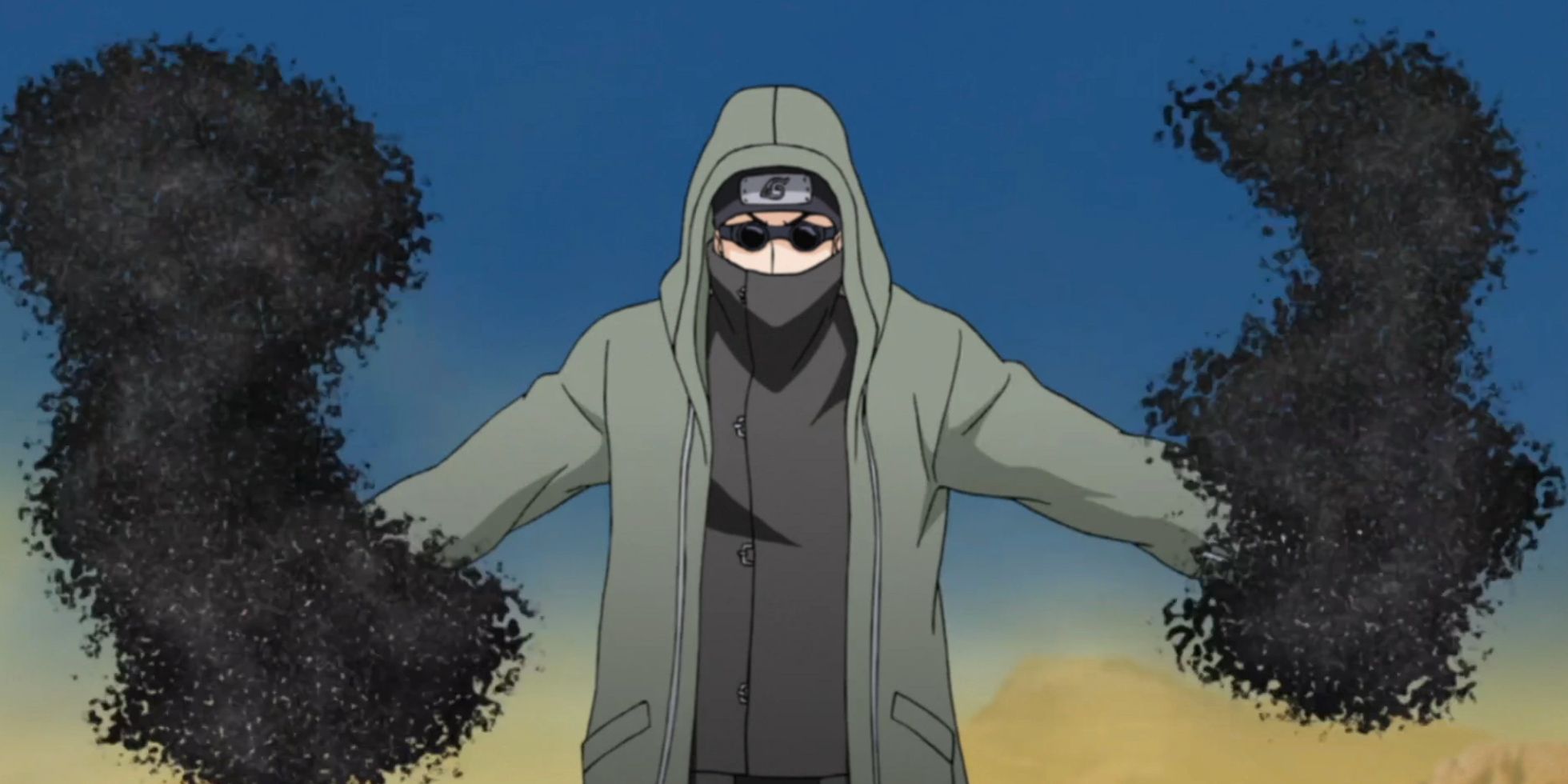 Shino is one of the weirdest characters among his peers in the naruto franchise. His outfits and demeanor, while not inciting direct hostility, also do not encourage interaction, and of course, his insect-based jutsu can be unsettling to viewers. Nonetheless, Shino is an interesting character with significant abilities and great subtle depths to his personality. However, overall it has always been underused in anime.

Shino not getting the attention he deserves is partly based on a simple joke. The Japanese words for “insect” and “ignore/ignore” are both pronounced as mushi. It’s a running gag throughout the series, shared by other characters such as Darui, whose name means “dull”. However, there is another more serious and complex reason why storytelling for Shino is not easy, especially in a story like naruto.

In naruto, audiences are introduced to Shino in the “Chuunin Exams” arc as an intelligent and capable ninja. He generally remains stoic and direct in his interactions with his classmates, although he is not portrayed as callous. His only moment of true glory comes early in his story, when he defeats Kankuro in direct combat, which played an important and often underestimated role in stopping Gaara’s rampage and thwarting Konoha Crush. Kankuro’s poison puppets would have been a bad match for a brawler like Naruto, and his interference in the final battle of this arc could have tipped the scales. Despite this, he’s not made chuunin, and he’s not there in the pivotal arc of “Sasuke Retrieval” because he’s gone on a mission with his father, which can only be seen as a choice. deliberate made by the writer to exclude him from this. part of the story.

In Naruto Shippuden, Shino is reduced to nothing more than an afterthought. Although he is part of the team intended to hunt down Itachi, nothing comes of it and his impact on the actual progression of the story is negligible. Even when he appears, his role is limited to being one of Hinata’s teammates and a member of the Aburame clan. There are some anime-only arcs where he’s part of a larger story, but since those arcs aren’t canon, their place in the franchise is questionable.

This trend changes in Boruto: Naruto Next Generations, Shino having a much more regular role in the series. Some of his personality traits – such as his penchant for explaining things far beyond what is necessary, as well as his ability to encourage other reserved or unconfident children – are useful as a teacher at the academy. Although this is an upgrade from Naruto: Shippuden, it cannot be considered an optimal use of an interesting and unique character.

RELATED: Naruto: Why Fans Consider Sakura The Most Hateful And Useless Character

A Character’s Journeys – and Shino’s Absence

What makes Shino such a forgettable character beyond the running gag? In fact, what makes a character memorable? With a history as long and a cast as large as naruto‘s, having fascinating aspects of his design or his powers is not enough. A character’s true impact comes from conflict, purpose, and motivation; essentially, what is going on with this individual, what does he want and why does he want it? These three things serve as the origin, destination, and journey of the character’s story, respectively. When the audience can understand, believe, and identify with these factors, they feel connected to the character.

Globally, naruto does a great job of making its characters feel relatable, and adding clarity as well as diversity to their conflicts, goals, and motivations plays a major role in that. Aside from the protagonists, the stories of most other characters are explored in depth. During the “Chunin Exam” and “Sasuke’s Recovery” arcs in naruto and the “Kazekage Rescue Mission” and “Akatsuki Suppression Mission” arcs in Naruto Shippuden, Team 8, Team 10, and Team Guy characters are all explored in detail, with Shino being an exception.

Through naruto, very little has been revealed about Shino’s debut. The audience never gets the chance to learn much about what really drives them. Unlike his peers, his goals are never explicitly mentioned. Thus, his story has no clear starting point or destination, and he is just part of someone else’s story. While this is in fact true, and it’s also likely that the austere and unrestrained narrative style of naruto might not have suited the subtlety of the story of a character like Shino, it’s always unfortunate that a character as promising as him barely has a moment to shine. Will it be resolved in a spin-off? We can only hope.