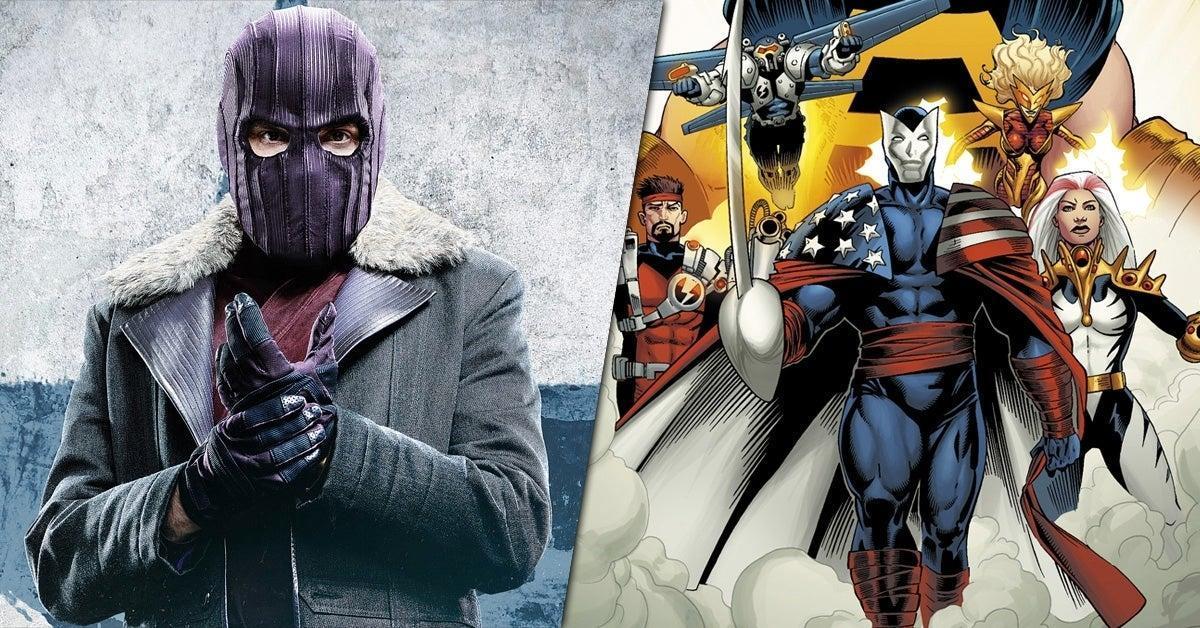 Which MCU characters will be on the team?

Marvel Studios is already plotting Tim Roth’s return as Emil Blonsky/Abomination in the She-Hulk television series, in addition to its Shang-Chi and the Legend of the Ten Rings cameo, and his character would be ripe for a spot on the Thunderbolts. Although appearing on the team recently, if there is going to be a strongman on the team, Abomination isn’t a bad choice, and his inclusion could lead to another character on the team. More on that later.

Baron Zemo was originally the leader of the Thunderbolts, so it would frankly make sense for him to appear in the MCU version of the group. Although back in another prison, Zemo’s time on the Thunderbolts (before it was revealed they were secretly villains) led him to adopt a new persona, Citizen V. Marvel Studios could replicate this plot on the big screen, giving the character a new lease on life and a new design for the toys.

Florence Pugh’s Yelena Belova has already made waves in the MCU after appearances in the movie Black Widow and Hawkeye, so her inclusion in the Thunderbolts would give her a whole new team dynamic to play with and a perfect display for her talents at the screen.

Yes, William Hurt died earlier this year, but Marvel Comics has another Red Hulk at his disposal, fellow military man General Robert L. Maverick. It seems unlikely that Hurt’s character will be recast after his many appearances in the MCU, and General Maverick would give them a new character to feature, as well as an all-new Hulk for the big screen.

Hannah John-Kamen’s Ghost hasn’t appeared in the MCU since Ant-Man and The Wasp, and with the character historically appearing on the Thunderbolts, this is a golden opportunity to bring her back and provide fans with some closure on the character status.

Last seen aided by the Black Widows at the end of Black Widow, the character has technically not been seen in the MCU since the events of that film, which take place before Avengers: Infinity War and therefore several years into the past. While free from control of the Red Room, it’s unclear if the MCU’s Taskmaster still has his abilities at his disposal, but it’s an easy hand wave to pick them up. Taskmaster has long been a part of the Thunderbolts, and their inclusion could also give Marvel a chance to make the character in a way that will appeal to fans.

It seems inevitable, not just because US Agent has been a central character in the Thunderbolts for the past few years, but because there’s a history between recently hired director Jake Schreier and the actor who plays US Agent, Wyatt Russell. Schreier previously directed six episodes of Lodge 49, the series starring AMC’s Wyatt Rusell, including the series finale. There is precedent both on the page and behind the camera, so consider this one a lock.

Whiplash has long been a member of the Thunderbolts, but even that seems as likely as finding Bigfoot. Mickey Rourke hated playing the character, and Marvel seems to have no love lost between them. It might be fun to recast the role and then have Whiplash permanently killed off like the opening scene of The Suicide Squad, wouldn’t it?

Another classic member, and former leader of the Thunderbolts, the inclusion of Sebastian Stan as Bucky Barnes would give the character a new place to appear in the MCU, but also plenty of screen time with Baron Zemo once. what’s more. It’s unclear if Bucky will even appear in the upcoming Captain America 4, so a spot on the Thunderbolts would give MCU fans their Winter Soldier fix.

Marvel wouldn’t use such an opportunity not to expand the MCU with at least one new character. The Thunderbolts have benefited from countless members across the pages of Marvel Comics, so a Moonstone, Scarab, or Hyperion all seem like potential candidates that could appear.

Here’s why you should choose Dallas as your next filming location, according to the Dallas Film Commission