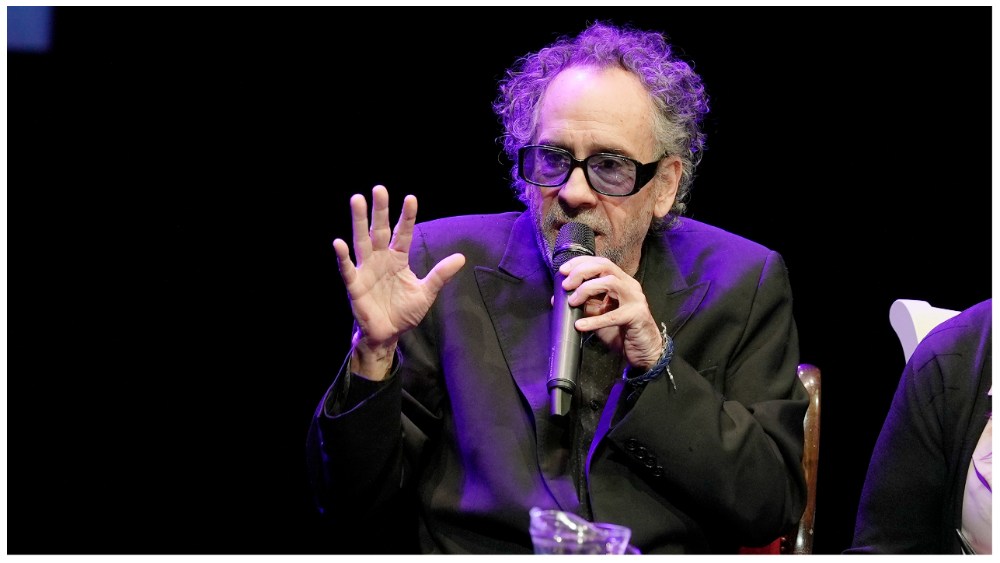 Tim Burton says he was drawn to “Wednesday” as an “Outcast” character.

Tim Burton made the trip to Italy for the European fan screening of his first television series, “Wednesday,” to Lucca Comics & Games conference, where the acclaimed gothic fantasy and horror director made one thing very clear: the feature film remains close to his dark heart.

“I liked doing this TV series, just because it was interesting to have a different pace, kind of a slower burn. But obviously for me, I still love movies. I still think there’s has a place for movies these days,” Burton said, when asked where he wants to take on other TV projects.

Burton revisits the world of “The Addams Family” in “Wednesday,” which premieres on Netflix November 23.

The American director said he was drawn to the spin-off, starring ‘You’ star Jenna Ortega as teenage Wednesday Addams, because it showed a different side to the iconic character.

“I grew up watching the TV series and I also loved Charles Adams cartoons. His original cartoons really inspired me. But what triggered me the most was just the character Wednesday said Burton.

Burton noted that until this show, Wednesday was “usually portrayed as a child”.

“But I wanted to see what she would be like in school and how she would react to her family, to others and to therapy,” the principal added.

The show portrays Wednesday, the twisted teenage daughter of Morticia (Catherine Zeta Jones) and Gomez Addams (Luis Guizmán). After doing something very bad at her regular high school, Wednesday is sent to Nevermore Academy, a creepy boarding school for problem kids where she tries to master her newfound psychic abilities and solve a murder mystery tied to her family’s past.

Asked if Wednesday’s experience at Nevermore could be seen as a portrayal of a world of marginalized characters with mental health issues, Burton said the witty show could certainly be read from this way.

“I myself have had mental health issues all my life, so I understand that,” Burton said.

But he also pointed out that “Wednesday goes to an outcast school, but she is an outcast among outcasts. That’s kind of how I felt. This project really spoke to me. That’s exactly how I felt about school, my parents, other people. So even though she’s in a place for people like her, she doesn’t like to join the party.