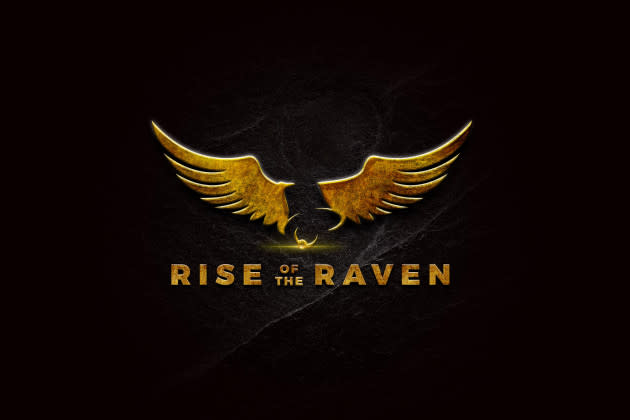 Robert Lantos’ Serendipity Point Films (“Crimes Of The Future”) and Beta Film (“Gomorrah”, “Babylon Berlin”) join forces on “Rise of the Raven” (working title), an epic big-budget drama series on Janos Hunyadi, a fearless warrior who defeated the vast Ottoman army and defended Europe in 1456 during the Battle of Belgrade.

Based on the bestselling novels by BÃ¡n MÃ³r, the 10-hour series will be presented by award-winning director George Mihalka who will also direct the final three episodes. Mihalka’s dramatic credits include NBC’s “The Firm”, TNT’s Transporter, and Showtime’s “Bullet to Beijing”. He is also the recipient of the Directors Guild of Canada Achievement Award for Lifetime Achievement.

Robert Dornhelm, whose most recent television series includes “Vienna Blood” with Matthew Beard and Maria Theresa, will direct the first two episodes of “Rise of the Raven”. Dornhelm has previously directed Emmy and Oscar nominated productions such as “Anne Frank: The Whole Story” with Sir Ben Kingsley, “Children of Theater Street” with Grace Kelly, as well as “The Venice Project” with Lauren Bacall and Dennis Hopper. . Orsi Nagypal, whose credits include “The Deal,” will also direct some episodes. The series is written by George Mihalka, BalÃ¡zs Lengyel, BalÃ¡zs Lovas, ZsÃ³fia Ruttkay and Attila Veres.

Set in 15th century medieval Europe, â€œRise of the Ravenâ€ is currently in pre-production and casting is underway. Beta Film is already in advanced negotiations with the main European broadcasters.

â€œWith his courage and cunning, Janos Hunyadi defeated the much larger invading Ottoman army and in doing so saved Europe,â€ said Lantos, who also produces â€œCrimes of the Futureâ€ by David Cronenberg with Viggo Mortensen and Kristen Stewart.

â€œOver the past decade, I have worked with my creative partners to bring BÃ¡n MÃ³r’s extraordinarily powerful ten-volume historical fiction to screen. In Beta Film, I found an ally who shares our ambitious vision, â€Lantos added.

The show is a passionate project for Mihalka who said he dreamed of returning to Hungary, “and working in (his) homeland and his mother tongue”. He said it would be “the first international limited series produced and shot in Hungary”.

The creator also said that the true story of Hunyadi was “universal in scope and theme”, even though it is specific to Central Europe. “It is a saga of bravery, love, perseverance, the struggle for freedom and eventual victory over forces which threatened not only his homeland but the rest of Europe.”

Lantos, who is executive producer of the series, is a veteran senior producer with credits ranging from arthouse films such as the Berlin â€œMuseoâ€ award winner; Winner of the Cannes â€œAdorationâ€ prize; Oscar nominees “Eastern Promises” and “Being Julia”; Winner of the Cannes Jury Prize “Crash”. His TV credits include HBO’s â€œShot Through the Heartâ€ and â€œSword of Gideonâ€, CBS’s â€œDue Southâ€ and Showtime’s â€œTotal Recallâ€.

â€œIn the 15th century, the victories of Hunyadi changed the course of European history. Our aim is to present this story to audiences all over the world by creating a premium series drawing on talent from all over Europe, â€said Csaba KÃ¡el, Government Commissioner for the Development of the Hungarian Film Industry and President from the Hungarian National Film Institute.

Koby Gal-Raday, CCO of Beta Film described “Rise of the Raven” as a “unique, cinematic and epic story, very relevant to today’s audiences around the world.” Gal-Raday said that “the high quality of the scripts, the international talent at the helm of the series and the ambitious vision of the production” have given the series project “high global potential”.

The best of variety

What events will Game of Thrones characters face off at the Olympics?

Live music returns to Anodyne with the band Walter Salas-Humara