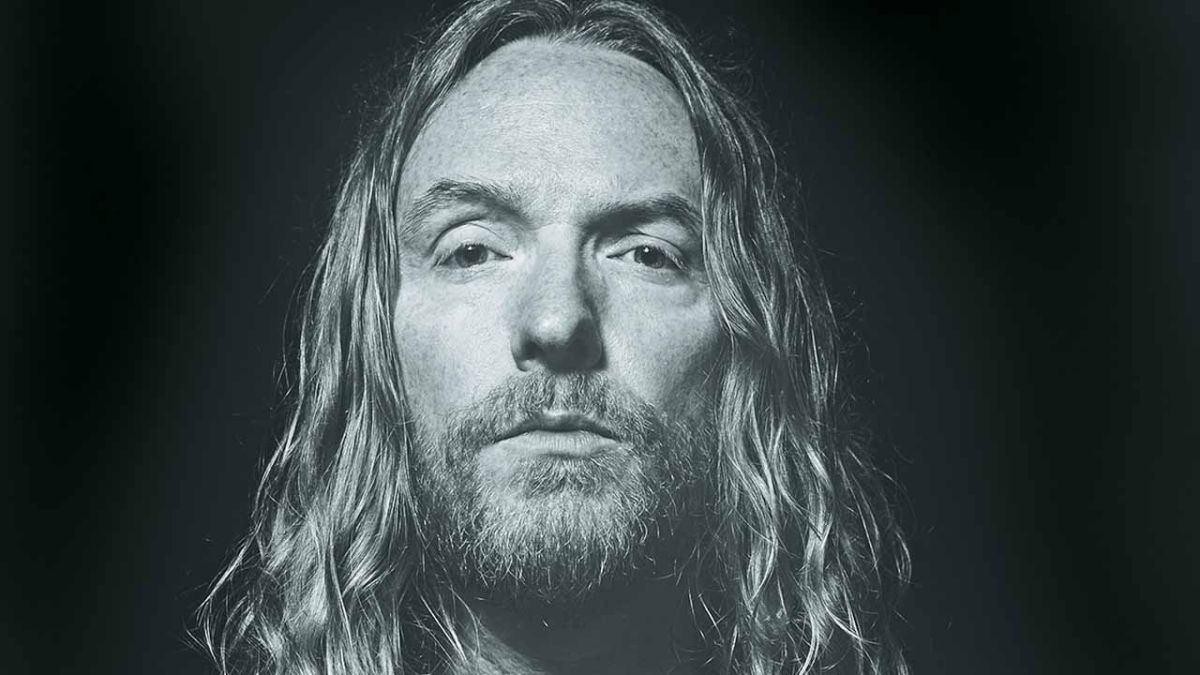 Mikael Stanne is a sound legend from Gothenburg. Former frontman of In Flames before taking over vocal duties for Dark Tranquility in 1994, Stanne has remained prolific, guesting with countless bands while unveiling new projects like Swedish death metal luminaries Grand Cadaver and supergroup Gothenburg The Halo Effect.

We caught up with Mikael to ask which bands shaped his musical tastes – and as you’d expect, things got horribly heavy.

“I discovered extreme metal by swapping tapes and reading zines. When I was fourteen, I went with a neighbor of mine, Shamaatae, to attend a rehearsal with his new band. This band was grotesque and seeing them rehearsing was incredibly cool.

The intensity and speed of the music played at maximum volume impressed me in a way very few had before. My favorite song quickly became Blood flows from the altarof their second demo The black door is closed. I was already a huge JRR Tolkien fan, so this was just perfection for me.”

“I read about Stockholm bands all the time in fanzines and whenever I could save money I bought demo tapes of the bands I had read and heard about. Premature autopsy impressed me. The sound of the HM-2 guitar and the brutality of the vocals seemed intimidating and insane to me. I’m really glad I saw them in that constellation in November 1988.”

“I remember meeting some of the guys from Tiamat before they changed their name from Treblinka, and they seemed like fascinating people. I could tell they had something else in mind with their music, not just the Standard Distortion and Velocity fare sounded weird and weird, and they were very different from other bands I was listening to at the time. sumerian cry is a true classic and although I love most of their catalog, that’s what got me into the music of Johan Edlund.

“It’s just a timeless classic. I’ve had friends copy demos before Like an endless stream being released but with such cover art and possibly the coolest production in Stockholm death metal history, I bought it the day it was released. I remember we played together at a festival in 1992 and I was blown away by their massive sound. None of the other groups had a chance. Epic!”

“It’s still my favorite death metal album of all time. The intensity and all that ‘playing a little bit faster than we can’ approach makes it such a gem. Great riffs, vocals fantastic, killer cover. He had and still has absolutely everything.”

“That’s where At the Gates really became this inspirational band for me. I loved everything before that, but it was something about the tight sound that gives this band such propulsive energy. [Fredrik] Nordström’s production here really set the tone for what death metal looked like after that. It never gets old and seeing it playing today brings me back to when I first heard it in the studio, when it was being mixed.”

“It kills so much. Impossible to listen to this album without wanting to drink two thousand beers. It’s so relentless and mean. I managed to see them several times with different line-ups but I think it goes really well with this one. Total classic.”

“I first heard Ghoul Chapel on the B side of a tape with a live Metallica tape on its A side. could only agree.

It has everything I love about death metal and David Vincent was a huge influence on me when I started screaming. I saw them in 1990 and it was a transformative experience. Death metal could be more than brutality and speed, Morbid Angel showed that this genre could grow and grow.

“The technical death metal scene in Florida was huge for me. Atheist’s mind-blowing songs were so out of this world and even though I didn’t understand the songs at the time, they still resonated with me. I couldn’t love it. more if i tried.”

“The madness of twisted face is just crazy. I love how over the top it is and how you can see in your mind how these guys play while standing on their tiptoes, leaning forward. Such a fantastic band that I keep coming back to over and over again.”

10 Sailor Moon Characters Who Are LGBTQ+