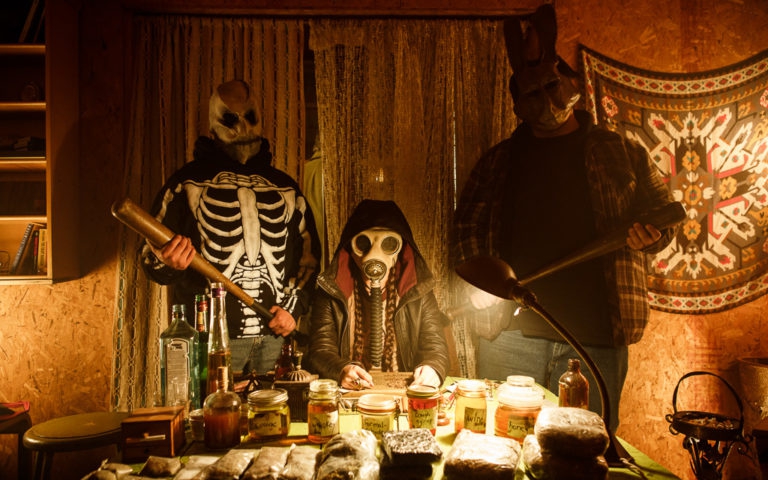 This summer, the Museum of Modern Art is horrifying the greatest number by mixing the class of one of the most prestigious museums in the world and an abundance of genre programming. A new series called Horror: send messages to the monstrous will kick off later this week and feature a ton of screenings of horror classics, as well as talks with big-name filmmakers.

Billed as a ten-week film series, it includes over 110 feature films and a selection of shorts that make up a to-do list for those in the New York area. The film selection is said to “capture the horror genre’s uncanny ability to express a society’s hidden fears and anxieties caused by social, cultural and political change”. The whole thing is presented in the Titus Theaters of the Museum at the Black Family Film Center from June 23 to September 5 and will be organized each week by flowing themes that have shaped the way the works have been conceived. Some of these themes include Slasher, Horror of Place, the Undead, Creatures, Folk Tales, Women Make Horror, Body Horror, Eco Horror, Messaging Race, and Messaging Gender. Ron Magliozzi, Curator of the Film Department, had this to say:

“Monstrous Mail proposes that horror, among the oldest forms of popular entertainment, has evolved into the iconic film genre of the early 21st century. A fertile web of cross-pollinated subgenres have coalesced to provide a diverse community of filmmakers and audiences with a compelling medium of fiction, at its intellectually stimulating and challenging best, to address real-world issues of personal interest and global.

The exhibition features films from 19 countries, with the United States, Europe and Asia all represented. The first film on the list is Alfred Hitchcock’s timeless 1960 classic. psychology, with programming going all the way to the 90s as well as 21st century films that are, according to MoMA, “emerging voices” from Guatemala, Ireland, Iran, Laos, Mexico, Africa South, South Korea and Zambia. There will also be a focused look at emerging independent filmmakers who have made horror over the past decade.

Horror: send messages to the monstrous will begin in style with a 3D projection of George A. Romero’s 1978 classic dawn of the dead. Some of the other highlights include a screening of Romero’s original zombie classic night of the living deadthe New York premiere of John Carpenter’s new 40th anniversary restoration The thing (1982) and the New York premiere of Garth Maxwell’s rarely seen masterpiece Jack Be Nimble. Some of the post-screening discussions include the likes of Maxwell, Jeff Barnaby (Blood Quantum, Rhymes for Young Ghouls), Karen Arthur (The Mafu cage), Stephanie Rothman (The Velvet Vampire), Douglas Buck (Family portraits), and Marie Lambert (Pet sematary).

Horror: send messages to the monstrous will begin on June 23. A full list of films will be released in the coming weeks and can be viewed at MoMA.org.