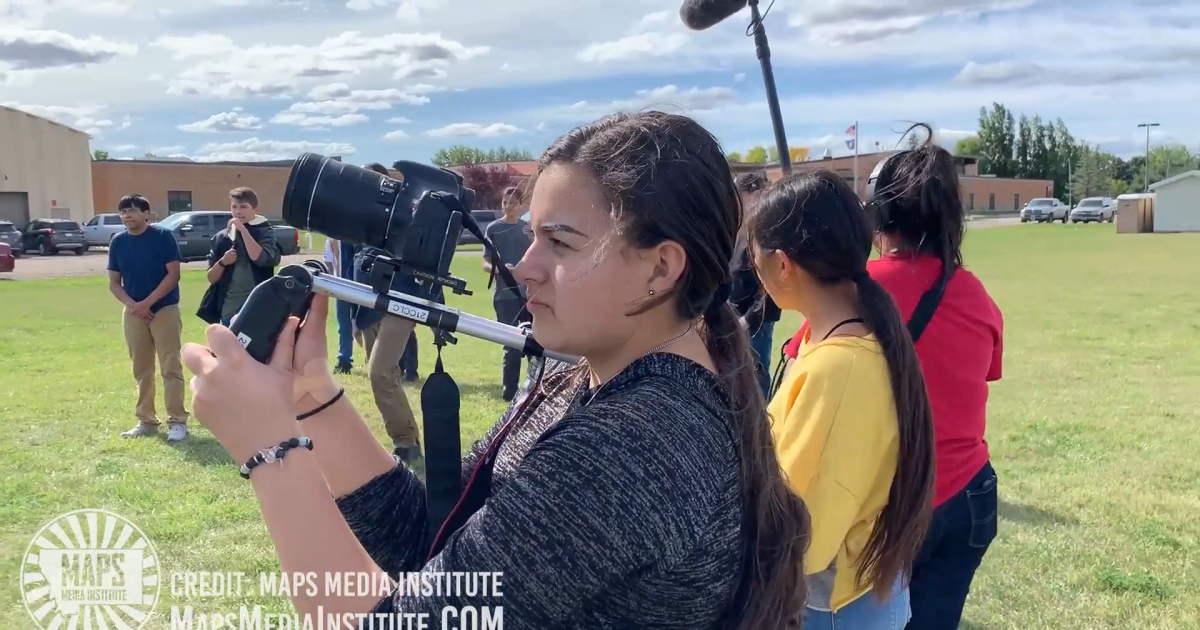 A documentary produced by a group of high school students from Harlem, Montana and MAPS Media Institute will premiere next Thursday on Montana PBS.

Entitled “Looking Forward from Yesterday”, the film highlights the peoples of the Aaniiih and Nakoda tribes. The MAPS mentors were there with the students to help them through the process, but the documentary was designed, filmed and edited by the teens.

Cameraman Amilia Blackcrow said she hopes the film will expose and educate more people about her culture.

â€œMy teacher told me that we can’t get mad at people who are so ignorant because we don’t put anything to teach them. So I want to learn more about my culture while learning about my culture, â€explained Blackcrow.

â€œLooking Forward from Yesterdayâ€ focuses on how all generations pay tribute to their sustainable culture and make sure it doesn’t get lost.

Some may think that Native American culture is made up of beadwork, sweat lodges, and powwows. To quote the film, â€œCulture is so much more. It is all these little elements that make up this word culture.

Blackcrow said it was important for them to talk about all aspects, including difficult topics like child sexual abuse by predatory priests.

â€œWe go to boarding schools and stories that our grandparents are too afraid to tell us,â€ she explained.

The teenager added that she cherished the opportunity offered by the documentary to better know and understand her elders.

â€œMy favorite things that I loved shooting were when we caught people off guard. We were filming and they would laugh or cry and show emotion, real emotion, â€Blackcrow said.

The documentary was made possible by MAPS Media Institute, a non-profit organization that empowers, inspires and prepares future generations of Montana for success through professional media arts education, engaging community service and mentorship. The film was supported by funding from Montana Gear Up and Grand Montana. Foundation.

Until the MAPS opportunity, Blackcrow had never taken a camera before.

“I always wanted to make movies and take this camera for the first time, I was like ‘yeah, this is what I want to do'”, beamed the teenager.

Although a novice by definition, she excels behind the lens according to MAPS. They recently awarded him the Jake Rowley Merit Award for his artistic vision and leadership.

â€œWhere Amilia really stood out to receive the Jake Rowley Award of Merit was her diligence and commitment to the craft,â€ said Janna Williams, director of communications and marketing for MAPS. “When she picked up the camera, it was almost like it was meant to be.”

â€œLooking Forward from Yesterdayâ€ will air Thursday evening, July 15 at 7:00 pm on Montana PBS as part of their â€œStories from Montana’s Futureâ€ series. The episode will also feature another MAPS film “In This Together, We Are One” which was written and filmed by students at Poplar Middle School.

The documentaries will also make an appearance on August 28 at the International Traditional Games Society’s 2021 Indigenous Celebration “Gathering of Families”.

The MAPS Media Institute continues to expand opportunities for young creatives in Montana. You can find more information about the programs they offer, including upcoming fall courses, on their website.