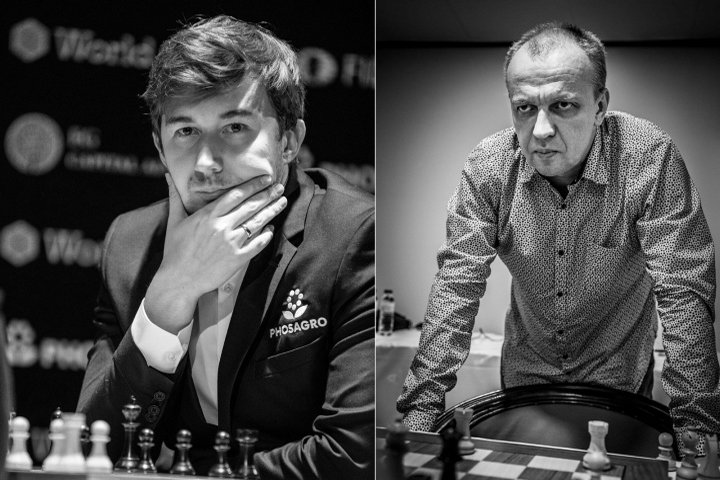 Sergey Karjakin is found guilty of violating Article 2.2.10 of the FIDE Code of Ethics, and is sanctioned with a six-month worldwide ban from participating as a player in any FIDE-rated chess competition. FIDE, taking effect on the date of this decision, March 21, 2022.

Sergei Shipov is found not guilty of violation of article 2.2.10 of the FIDE code of ethics.

Section 2.2.10 of the Code of Ethics reads as follows:

“(…) Disciplinary action in accordance with this Code of Ethics will be taken in the event of events which cast the game of chess, FIDE or its federations in an unjustifiably unfavorable light and thereby damage its reputation.”

“Sergey Karjakin’s statements on the ongoing military conflict in Ukraine have generated a considerable number of reactions on social media and elsewhere, largely negative towards the opinions expressed by Sergey Karjakin.“, we read in point 7.37 of the 10-page document where the EDC explains the reasons and the legal framework of its decision.

It continues: “A necessary condition for the establishment of guilt is that the statements have fallen into the public domain. This concept, as far as discredit clauses in sport are concerned, is not the world at large but the sport in which the accused is involved, such as chess. Information regarding the conduct of the accused which is not published in the media, but which can be learned without much work by persons engaged in the world of chess or a relevant part of it, will be in the public domain. and will satisfy the element of public exposure. The EDC Chamber is comfortably satisfied that this condition is met in this case.

“The EDC chamber considers, in the context set out above, at the level of comfortable satisfaction that the statements of Sergey Karjakin, which by his own choice and presentation can be related to the game of chess, damage the reputation the game of chess and/or FIDE. The likelihood that these statements will damage the reputation of Sergey Karjakin personally is also considerable,” he concludes.

The Chamber explains its decision not to sanction Sergei Shipov with the following argument:In comparison to Sergey Karjakin, Sergei Shipov is considerably less well known and therefore has a less powerful platform. The statements made by Sergei Shipov are also of a slightly different and less provocative character than those made by Karjakin. In an overall assessment of the potential negative impact on the game of chess and/or FIDE, the EDC Chamber is not sufficiently satisfied that Sergei Shipov’s statements constitute a violation of Article 2.2.10.

Sergey Karjakin has been informed by EDC that this decision may be appealed to the EDC Appeals Chamber by notifying the FIDE Secretariat in writing within 21 days of the date of receipt of this decision. The notice of appeal must clearly state all grounds for appeal. In the absence of regular exercise of this right of appeal, the decision of the EDC Chamber will become final.