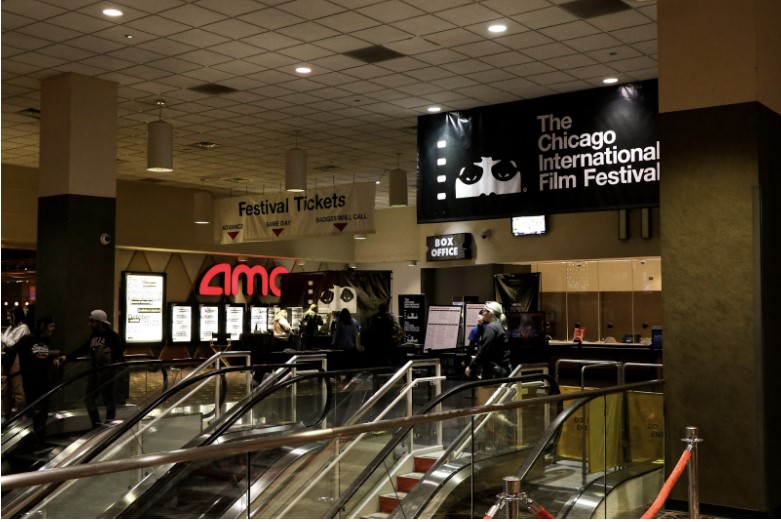 It’s still the most wonderful time of the year! In its 58th year, the Chicago International Film Festival is screening 92 feature films and 56 short films, both virtually and in person.

Here are my four must-sees before the festival ends on October 23. Tickets for these films are available on the CIFF website.

This movie made me scream, cry, laugh, sway my feet like a cartoon character, rewire my brain, rethink my life. Absolute gold.

Directed by Li Ruijun, the film is delicately composed, well-paced, and cinematically engrossing. He offers innocent companionship based on genuine attention that is neither intrusive nor too obvious.

A slow burner with nuanced, in-depth character development and gorgeous visuals, “Return to Dust” is my go-to at CIFF this year.

“Return to Dust” is available for virtual streaming.

“Art and Pep” is my best documentary of the festival. A Chicago tale, ‘Art and Pep’ delves into the story behind the legendary Northalsted Sidetrack bar and its charming owners, Art Johnston [CQ][CQ] and Pepe Pena.

Director Mercedes Kane takes viewers through Art and Pep’s extraordinary love story, their journey as founders of Sidetrack, and their LGBTQ+ activism during the AIDS epidemic and beyond. The film mixes archival documents, interviews and footage from Chicago’s Northalsted neighborhood.

Heartbreaking yet uplifting, “Art and Pep” draws viewers into an untold queer story of Chicago. Kane skillfully weaves Sidetrack’s current struggles and successes with his legacy.

Art and Pep is available to stream until October 23.

Medill students – skip your homework, watch this instead.

“The Murder of a Journalist” examines the murder of Slovak journalist Ján Kuciak and his fiancé, Martina Kušnirová. The film unflinchingly confronts the corruption of the Slovak government and demonstrates the power of journalists to change the world.

Director Matt Sarnecki captures viewers’ attention through the film’s 100-minute runtime. The film isn’t just another true crime documentary: Featuring elements of police records and behind-the-scenes footage from the murder investigation, “The Murder of a Journalist” guides viewers through the assassinations. and their consequences.

It’s also guaranteed to satiate appetites for an expose on state corruption at the edge of your seat.

“The Killing of a Journalist” had its US premiere at CIFF and is available to stream until October 23.

Northwestern students should flock to theaters for this one, especially if they want to understand Evanston beyond the NU campus.

Directors Erika Alexander and Whitney Dow paint a nuanced portrait of Evanston’s reparations movement — and its opposition. The film takes viewers to local government boardrooms and beloved local businesses. It touches on several debates surrounding Rue Simmons’ efforts during his campaign for reparations.

The film’s pacing was disorganized, jumping jarringly between the Evanston plot and the Washington DC plot. However, “The Big Payback” remains a must-watch for its storytelling and relevance. It’s common for NU students to stay in our college bubble, unaware of the city around us. This film is a chance to learn more about the revolutionary changes that have taken place in Evanston.

AMC River East 21 is screening “The Big Payback” in person October 22-23 and virtually.

Somewhere above the chemtrails, ★★★ ½

Director Adam Koloman Rybanský’s “Somewhere Over the Chemtrails” is a comedy full of xenophobia and conspiracy. When a tragic accident rocks a small Czech village, Bronya, a local firefighter mourning the death of his wife, stirs up local xenophobia by insisting it was a terrorist attack by Arab migrants. Standa, a clumsy volunteer firefighter and amateur conspiracy theorist, gets drawn into Bronya’s plans while struggling with his own helplessness and weakness of character.

The film marries a dark narrative with a sharp comedy of circumstance. His comment on the pervasiveness of xenophobia is painfully relevant whether or not you call it a small Czech village.

The film’s humor is subtle and you’ll miss it if you blink at the wrong time. If you’re looking for a movie that makes you laugh until you hurt your ribs, this isn’t the one.

“Somewhere Over the Chemtrails” had its world premiere at the Chicago International Film Festival, and you can find it October 22 and 23 at the AMC River East or virtually.

10 Most Unsalvageable House Of The Dragon Characters, Ranked