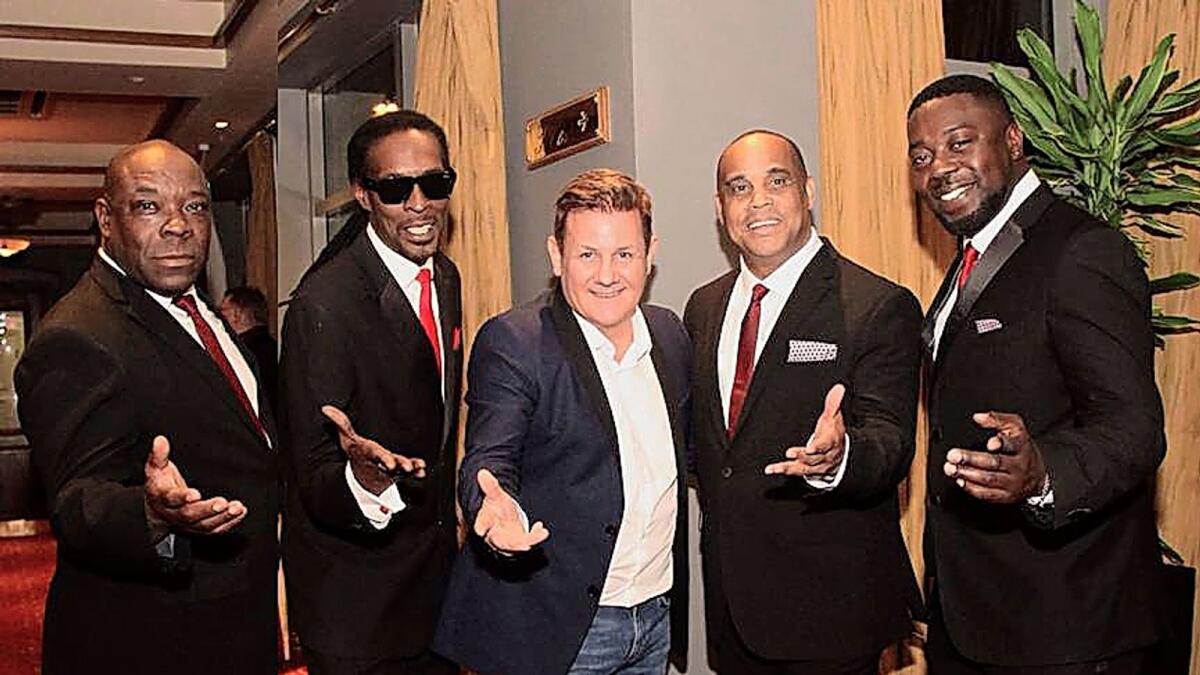 Athlone singer Desi Egan will perform in his hometown for the first time in three years when he is a guest on The Songs of the Drifters at the Shamrock Lodge Hotel on Friday May 27.

Desi said the pandemic has been a disaster for the live music business, but he is now really looking forward to getting back on stage at Athlone.

“It will be great to be back singing for local audiences. We are looking forward to a really great show and great atmosphere that night,” he told the Westmeath Independent this week.

The Songs Of The Drifters show features a critically acclaimed vocal group bringing timeless songs to life such as Saturday Night at the Movies, Under the Boardwalk, Save the Last Dance, My Girl and many more.

The line-up includes Richie Sampson, who was the frontman of the famous British band The Foundations. The group is completed by Paul Anthony, Roy Bailey and Victor Alexander, all renowned singers in their own right.

Desi Egan, who divides his time between Athlone and Marbella in Spain, is a guest at the band’s performances in Ireland and the UK.

Desi’s own easy-listening songs have racked up plays and streams on platforms including iTunes, Amazon Music, Deezer, as well as Irish stores such as Golden Discs.

He recently secured a global music distribution deal with Sugo Music and is currently putting the finishing touches on a new album which is due out by the end of the summer.