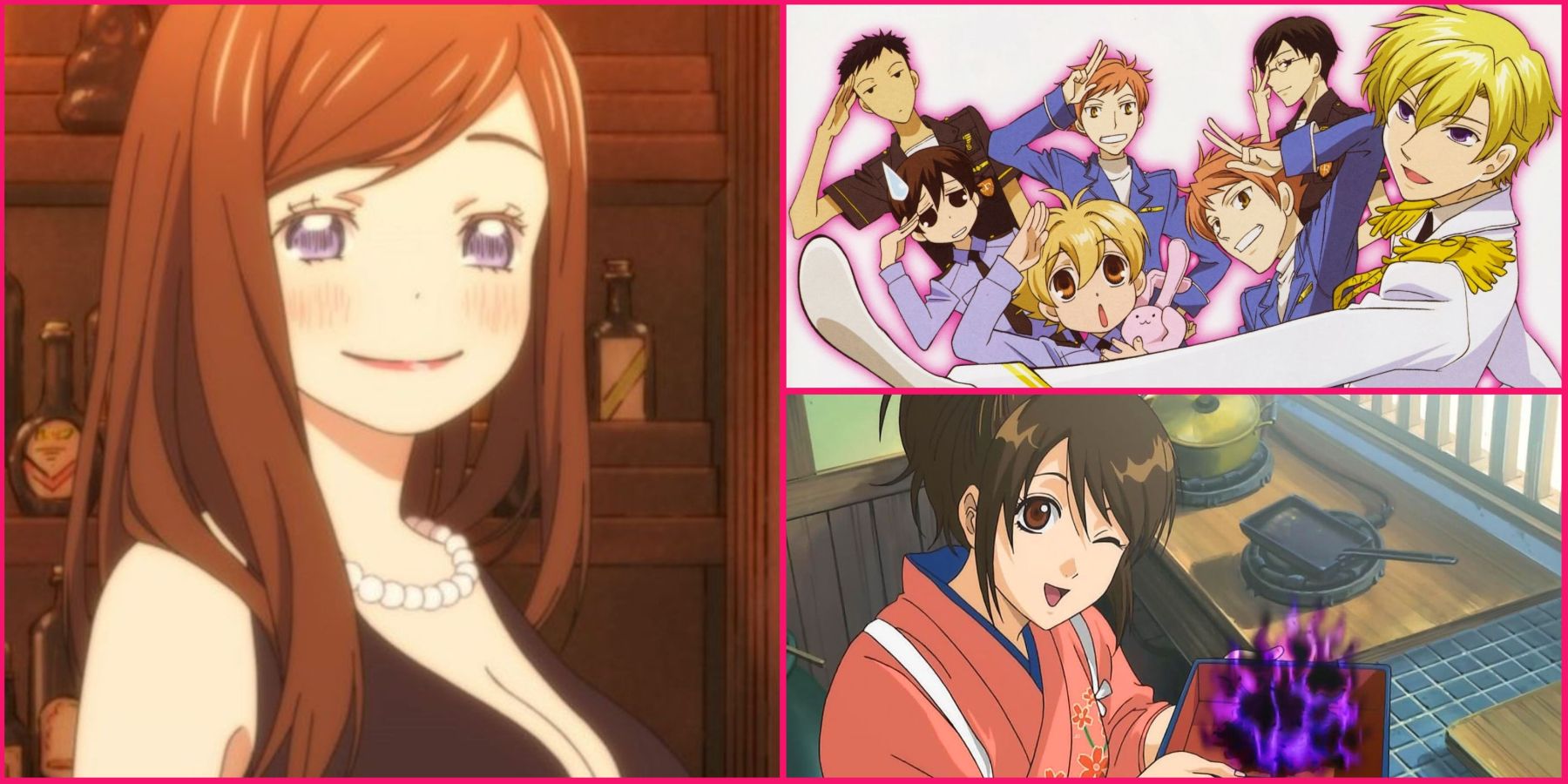 These anime characters show that they are much more than that. Some work as hosts because they enjoy the work and the company they have. Others work as hosts as night shifts to provide extra for themselves and their families. But seeing them outside of work provides heartwarming or hilarious moments that just make them the best.

Confident and charming, Masamune seems like the perfect host working at a popular host club. However, just because he’s charming doesn’t mean he won’t cheat on someone if he can. This is how he met Hotaru Tachibana. He had tricked his friend and she wanted revenge, but Masamune challenged her to a game of survival and she lost. But even though Masamune is good at observing things, he could be considered dense since he doesn’t know that Hotaru is a girl.

Ryuuji’s clumsy but well-meaning mother who raises him on her own. When Yasuko revealed to Ryuuji’s father that she was pregnant, he ran away and her parents did not support her decision to continue with the pregnancy. She ran away from her home because of the growing tensions, taking everything she could from them to resell. Despite all of this, Yasuko managed to support herself and Ryuuji by working as a hostess and at a bakery.

She tends to overwork herself, but Yasuko is determined to make sure Ryuuji doesn’t have to work before she graduates. Although a bit stubborn and having to rely on her son to take care of household chores, Yasuki truly wants the best for Ryuuji and wants him to have a good life.

Shiro is an honorary member of Ouran Host Club after wanting to learn how to impress a girl he likes. Observing Tamaki, Shiro is incredibly blunt and insults the girl Tamaki was spending time with. He also insults the rest of the hosts, even almost revealing Haruhi’s secret. But the club agrees to help with Renge’s help and she trains him to become her persona, “The Naughty Boy” type of host.

He manages to impress the girl he likes and they keep in touch after he moves to Germany. Unfortunately for Tamaki, Shiro temporarily removes all of his customers at the end of the episode, showing that he could potentially be more popular.

A host who seems to radiate confidence and is very charismatic who works at the host club “Fragrance”. Hifumi appears carefree and is able to easily talk to her female customers, but this is an act to hide the truth. He is actually quite terrified of women and became a host to overcome this fear, managing to do so.

When he puts on his costume, Hifumi feels like a different person and is very confident. However, he only gets that confidence when he wears it, but it helped him become the number one host in Shinjuku.

Shinpachi’s older sister and de facto boss of Shinsengumi, Tae is a cabaret hostess at Snack Smile. Although she is quite a bouncer, she gets angry very quickly and can be quite violent. But this violent streak is mainly directed at Kondo Isao, who has a slight tendency to stalk her. Even though she is a stewardess, Tae’s vocabulary is quite vulgar and Shinpachi will often scold her for it.

The Shinsengumi accepted her as Kondo spends a lot of time with her even though she is not an official member. Additionally, she is known for her insane strength and has been shown to punch through solid steel with her bare fists.

After an accident left him with memory loss and his parents died, Haru began working as a host at a club to support his younger brothers. He uses most of the money he earns to pay for their school fees. Because he calls himself “Natsu” at work, he and his co-worker Natsuo often get confused because of their similar sounding names.

Even while working as a host, he often talks about his younger brothers. He eventually leaves the club to work at the cafe he and his brothers open and work there full time.

Probably the closest person Kotaro has to having a mother. Mizuki is one of his neighbors who takes care of him when she can. She has dinner with him from time to time with Shin Karino and Isamu Tamaru. When she saw that Kotaro wasn’t sleeping much, she invited him to spend the night with her in hopes it would help.

Kotaro even bought time with her at the host club she worked at because he was afraid that she would leave because she wasn’t making enough money. A few of Kotaro’s school parents judged her because of her work, but Mizuki is truly a generous woman who takes care of Kotaro. Thanks to him, Mizuki gathered the strength to leave and expose her abusive boyfriend.

Mrs. Christmas owns a hostess bar in Central City. She is also the aunt and adoptive mother of Roy Mustang, having adopted him after the death of his parents. Although it looks like she runs a typical hostess bar, Madame Christmas and the women who work for her are actually detectives for Mustang and her group. Using his reputation as a womanizer as an advantage, Mustang will go to Mrs. Christmas’ establishment under the pretense that he is there for the services.

The information she provides him with is invaluable and she helped him uncover the truth about Selim Bradley/Pride. Although a bit gruff, Mrs. Christmas cares deeply for her nephew and told him she had high expectations of him. She even sent the girls who worked for her to Xing to prevent them from falling victim to the promised day.

Kawamoto’s older sister and a hard worker who took care of her younger sisters. During the day, Akari helps their grandfather by working in his confectionery and then at night, she works at their aunt’s bar as a hostess. It’s a little surprising to see the transformation between her day job and what she wears at home compared to her hostess outfits.

Rei sometimes visits her with her shogi friends and notices that she looks a little different there than at home. When she saw that his friends were going to force him to pay for their drinks, Akari tricked his friend Issa into paying. Even when working, she cares for Rei and her well-being, showing that she is always caring no matter what.

The Ouran Host Club is one big, hilarious family. They offer different types of hosts to meet the needs of their customers. If women are looking for the handsome and charismatic guy, Tamaki Suoh is the guy they hang out with. If they are looking for someone mischievous, the Hitachiin twins are the ones to pay and are usually together under the “forbidden brotherly love” package. Honey-senpai and Mori-senpai are also usually together as a cute loli-boy and a quiet strong guy.

Meanwhile, Haruhi is just herself as she only works for the club because she broke something. Kyoya doesn’t work as a host, but he keeps it afloat by working behind the scenes taking care of financial needs and creating merchandise for their customers.