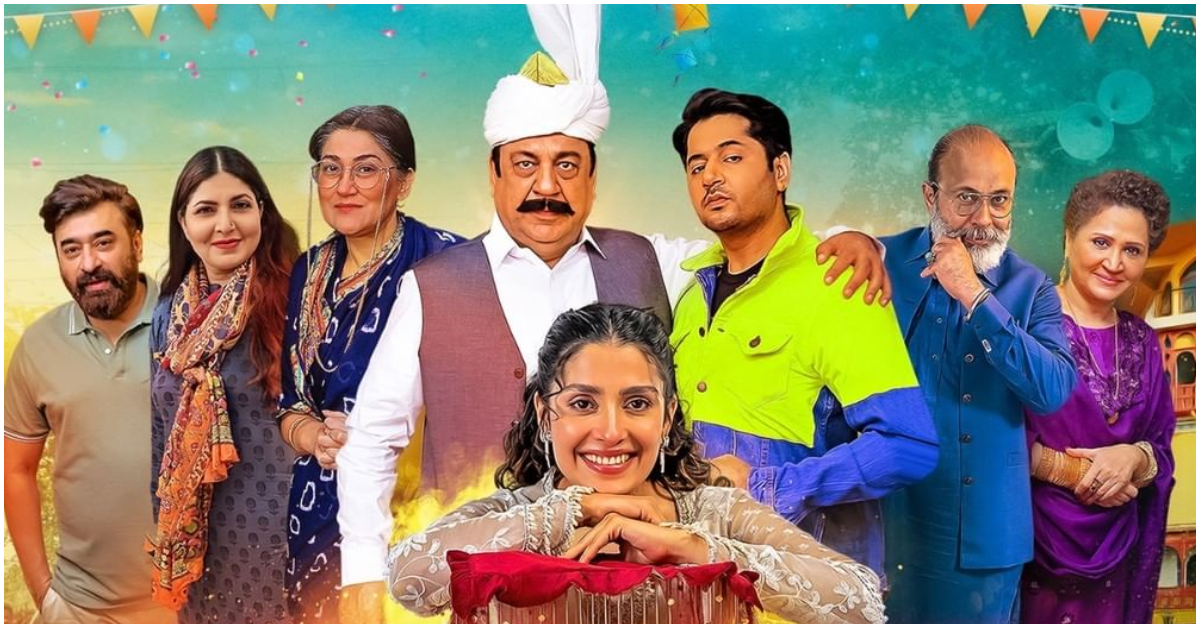 5 Most Enjoyable Chaudhry and Sons Characters

Geo TV’s Ramazan series, Chaudhry and Sons features a house full of hilarious, witty, lovable and sensitive characters. Not everyone in Villa Chaudhry is perfect, but they are fun-loving people. From the Chaudhry patriarch Dildar Hoshiarpuri to the youngest member Bunty Chaudhry, all the men and women of the house have their own quirks, but what remains constant is their playfulness. The Chaudhrys enjoy teasing each other but also take care of each other.

Although on the surface the drama looks like a lightweight watch that will make you laugh heartily, there are several cleverly knit layers in Saima Akram Chaudhry’s script. He talks about the rigid values ​​where the elders of the family do not allow children to marry outside their biradari. They won’t budge even if they have trouble finding a suitable mate for a son or daughter of their caste. And if a family member breaks this rule, he will be excommunicated for life, as happened with Sabahat Chaudhry (Pari’s mother).

There is an abundance of love and humor among the members of the Villa Chaudhry family, but there is also a quiet understanding that Chaudhry Dildar has the final say in every matter. Ultimately, the story is about family ties, the shackles of certain Orthodox values, and reunions.

Each character in Chaudhry and Sons has its own flavor not to be missed. But it’s hard to like all the characters equally on your favorite show because everyone has biases.

Here are the top 5 favorite characters who are hilarious and will be hard to forget.

Undoubtedly, no one can match Sohail Ahmed’s witty style when it comes to playing a pure Punjabi. father. He is Billu’s beloved grandfather, the family decision maker, but he is not a serious man. the pehlwan who runs a transport company adores his grandchildren and his eldest bahu Nimmo, teases his veterinary son and makes jokes about his eldest son’s white hair. The Chaudhry Senior also has a secret love interest, his ex-flame and forever love Dr. Salma. He has a knack for small talk and his witty one-liners will always stick with viewers.

Irsa Ghazal plays Pari’s grandfather who single-handedly raised the girl and now wants her to be reunited with her maternal family. Grandmother Malika is a former director who likes to add the tarhka English in every sentence. Her life revolves around Pari and her condensed stories about Tehseen. Irsa Ghazal breathed life into her eccentric persona and the way she incorporates an English word, phrase or proverb into her dialogue naturally evokes laughter. It’s obvious that Pari lives in a dream world because she was raised by such an imaginative and fun grandmother.

It is fitting to give the title of Chaudhry Junior to Billu Chaudhry as he is the eldest grandson of Chaudhry Dildar and the apple of his eye. Billu is an urbanized Shokha, for lack of a better word, who has no ambition in life but to marry Emma Watson and wander around in her yellow jeep. Imran Ashraf’s depiction of a careless, failed and aimless Billu is apt. His sense of style is as colorful as the characters in his house, and he has a legacy of puns. Despite his flaws, he is a gem of a person who constantly locks horns with Pari. The two will eventually fall in love with each other and this change of heart is one to watch.

Noor ul Hassan plays the most sensible character in this romantic comedy. As Shakir Chaudhry, he is one of the guardians of the family business that stands up for those in need. He is concerned about Billu’s future, is the first to discover Pari’s truth, and is kind and caring to feel his sister’s ordeal. However, Shakir, with his infamous salt-and-pepper ponytail, inherited his father’s sense of humor. There isn’t a dull moment when Shakir sits with the Chaudhry clan.

5. Asma Abbas as Naima aka Nimmo

Asma Abbas is a champion at standing out with her jokes. As Nimmo, the beloved bahu of the house, she loves commanding Shabbo, chatting with her stepfather, and takes pride in managing the finances of the house. His sole activity is to find partners for his single brother Tashveen (Yasir Nawaz). The premise that she deliberately takes credit for all the chores without even moving a finger adds a fun touch to every scene.

They may be our favorite characters, but in no way can we understate the appreciation of Ayeza Khan for clicking his role so well or Saqib Sameer for his versatility. Produced by 7th Sky Entertainment and directed by Syed Wajahat Hussain, the drama airs on Geo Entertainment every day in Ramazan.