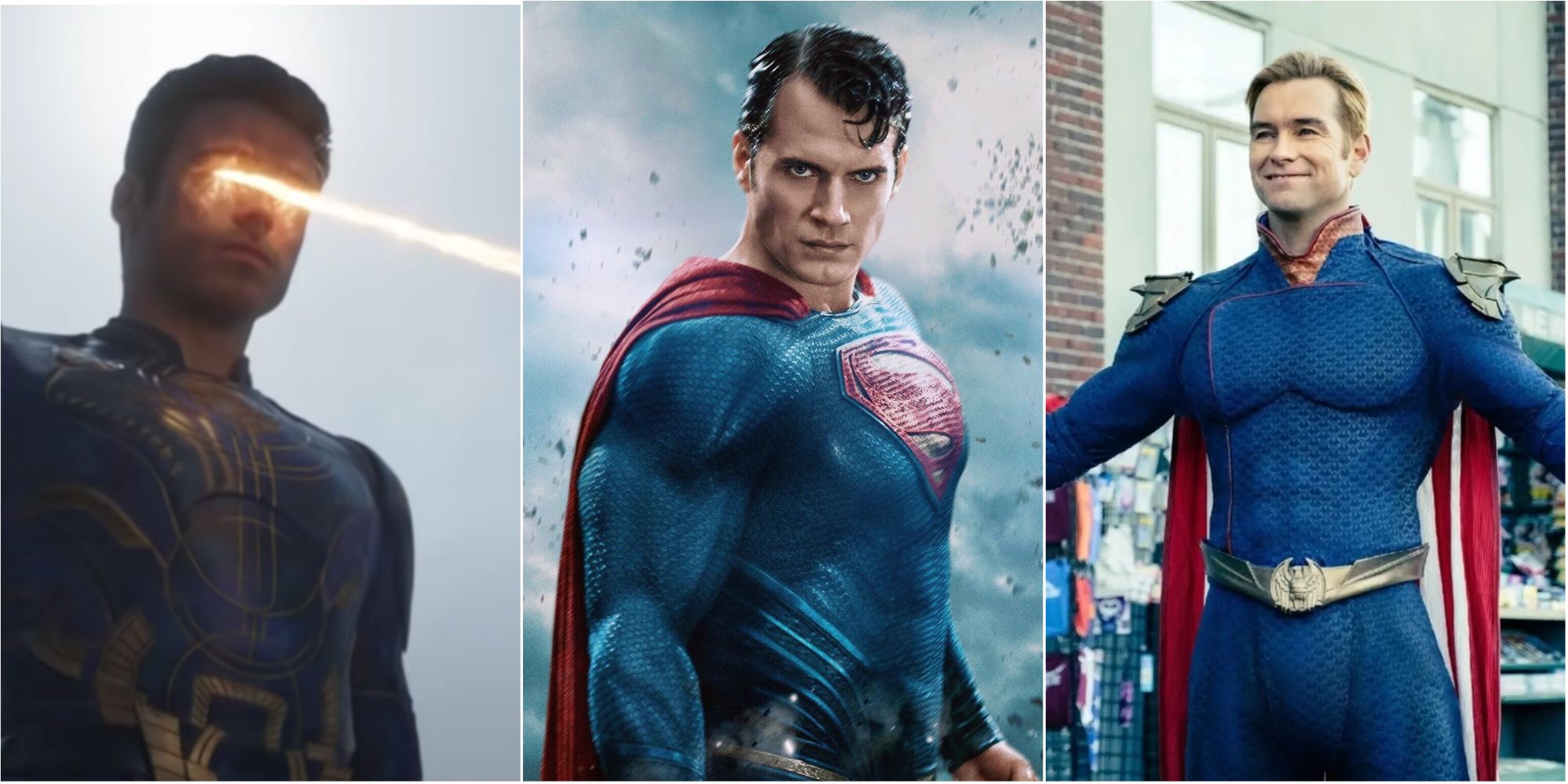 Superman of Krypton & Earth is the most iconic character the DC Universe has ever created, featuring in DC comics and movies since the 20th century. The character pioneered the DC franchise, serving as the invincible leader of the Justice League who thwarts any attempt to endanger lives on Earth in the DC Universe. Without a doubt, Kal-El is the face of DC, and his existence has inspired the creation of notable characters in the film industry.

Superman is a powerhouse, known for his incredible strength, eyes that produce heat vision, and his legendary cape. Likewise, many iconic movie characters have been modeled after the Kryptonian, sharing similar powers and abilities with the indestructible Man of Steel. Although there are many iterations of Superman, these movie characters are some of the most powerful characters inspired by Superman.

Featured in the superhero-focused NBC series, Heroes, Nathan embodies the power of a Superman. Heroes graced the film franchise in 2006 with a unique storyline. The sci-fi series has four seasons, which officially ended in 2010. Similar to any superhero series, this cast is filled with characters possessing superhuman abilities. However, even among the fantastic abilities offered by the series, Nathan Petrelli is among the most amazing.

Mirroring DC’s Superman, Nathan shares the same abilities as the superhero icon, possessing powers such as flight, which allows him to move at supersonic speeds. On the character side, Nathan embodies the natural charisma and virtue present in the iconic Kryptonian.

Although Superman is depicted as a character bent on justice, his darker and scarier versions are present in the comic books and the animated show Superman: Red Son. In a way, Brandon Beyer of Brightburn alludes to this fact. Brandon Beyer is a striking iteration of Superman but in a dark way. First, he’s introduced as a flight-capable alien who lives on a farm in Kansas – a stark reference to Superman’s story.

However, the similarities between Brandon and Superman stop at abilities and background. Brightburn portrayed Brandon Beyer as an alien weapon deployed on Earth to wipe out humans. At first, Brandon hesitates to achieve this goal, but soon he pursues his pre-established goal after experiencing his share of disappointments. Brandon possesses extraordinary strength and heat vision, making him a character born from Superman inspirations.

Hancock is the central character of the superhero film Hancock which debuted in 2008. With Will Smith, Hancock introduced a protagonist (Hancock) who lived for over 3000 years. First introduced as a reckless character, who did more harm than good, he later restored his damaged reputation with the help of Embrey.

Hancock’s abilities are strikingly similar to Superman’s with his superhuman strength and speed, ability to fly, and regenerative abilities. Moviegoers have frequently compared the two characters due to their uncanny similarities.

Appearing in both the comics and the DC Animated Universe, Bizarro is the exact opposite of Superman, destined to battle the iconic superhero. Bizarro is a clone of the original Superman, who was created by Lex Luthor, one of Superman’s greatest villains. Different sources explain Bizarro’s origin in different ways.

The prevailing belief is that Bizarro is Superman’s evil clone; however, some stories also suggest Bizarro is from another dimension. Either way, Bizarro is a Superman-inspired character, who is powerful but is the evil, antagonistic version of the superhero.

All Might is one of the main supporting characters in the animated superhero series, My Hero Academia. While possessing the One For All quirk, All Might was the loud version of Superman. His heroic principles and beliefs have made him an icon, recognized as the symbol of peace. Superman is at the heart of DC’s superhero world in that without him, the hero-villain balance of power will be thrown into chaos.

In this way, All Might is similar. He has become a symbol against the bad guys, an icon that fights evil with his powerful abilities such as super strength and super speed.

Shazam is one of the heroes of the DC Universe who closely resembles Superman in many ways. However, his backstory is quite different from that of the iconic character. Shazam is the hero name used by Billy Batson, a young boy gifted with the ability of the Old Gods. Due to obtaining his powers from six different deities, Shazam is both powerful and wise compared to most superheroes.

In terms of strength and speed, Shazam is comparable to Superman – the superhero at the top. However, Shazam has other complex abilities that aren’t fully revealed in the Shazam movie. Either way, the capped hero is another inspiration that wouldn’t have existed if not for Superman.

Debuting as one of the biggest Marvel movies of 2022, Eternals showcased another side to the Marvel Universe, sidelining the Avengers. The Eternals were beings created by Arishem, a powerful Celestial, who sent them to Earth to destroy the Deviants with the eventual goal of birthing another Celestial, Tiamat, from Earth.

Ikaris was one of the Eternals who tried to stay true to Arishem’s goal until the end. Ikaris is another iteration of Superman who possesses notable abilities, such as superhuman strength, speed, flight, and optic blasts (heat vision) enhanced by his eternal physiology which grants him immortality.

Omni-Man is the father of the main character in the Invincible comic book series as well as the animated adaptation. As a soldier member of the Viltrumite race, a people with extraordinary powers, Omni-Man was sent to Earth to dominate it and make the planet a base for the Viltrumites.

RELATED: DC: The Most Terrifying Versions Of Superman

However, Omni-Man’s plan didn’t work as his son, Invincible, rejected his beliefs, causing him to reveal his ruthless side. Omni-Man is a more despicable version of Superman who shares similar powers to the iconic hero. Although Superman is stronger than Omni-Man, he’s still a capped hero who shares similar traits with the DC icon.

The boys is a show with a satirical take on superheroes. As the leader of The Seven, Homelander shows viewers what an evil character he is, with his gruesome deeds and unstable personality. The boys pushes the point that superheroes can be downright ugly and not how they seem, using Homelander at the epicenter.

Homelander is one of the darkest analogues of Superman in the fictional world. In the four-season Amazon Prime show, Homelander possesses key Superman abilities such as heat vision, super strength, and super speed. Although his powers are drawn from Compound V, he is still one of the strongest “supermen” in the film industry.

Superboy is a character that has yet to be fully explored in the DC Extended Universe. While there are a handful of animated shows, such as Reign of the Supermen and Young Justice, that feature different versions of Superboy, he’s still not fully explored in both the DC Animated Universe and the DCEU. . Superboy (Kon-El) is a Kryptonian hybrid human, a clone created using Superman’s DNA through the efforts of Lex Luthor.

Superboy may not be as strong as Superman, but he still shares the Kryptonian powers that Superman possesses, making him the most mirrored version of the iconic DC character.

AFTER: Evil Supermen Who Are Stronger Than The Homelander Boys